Originally released in the mid 50s the 1954 Fender Stratocaster is very likely the most popular solid body guitar ever built. The Stratocaster was originally designed in 1953. There is one known 1953 Stratocaster prototype and there were others built that are no longer known to exist. Leo Fender, the founder of Fender Musical Instruments, was known to re-use parts wherever he could. So, those early prototypes were likely disassembled and the parts used on other guitars.

In very early 1954 there were models of the Stratocaster being released. They were usually taken around with a traveling salesman and would be used to show off the new guitar. The salesman would usually sell the guitars off as they wrapped up their trips. The first 100 guitars or so were basically handmade prototypes that were made early in 1954. Estimates say that occurred from January – March 1954. These models had a serial number stamped into the back tremolo cover. 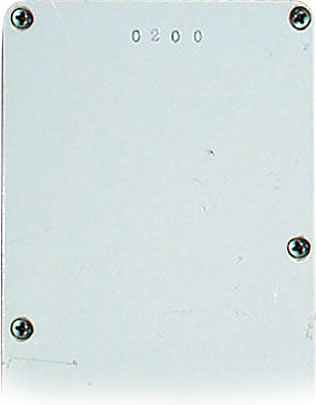 Here is a video documenting serial number 0100 which is one of those very early 1954 Fender Stratocaster. They mention it at the first but by looking at documented serial numbers there is no true way to know.

After the first hundred or so pre-production Stratocaster guitars the serial number was stamped into the metal neck plate. That started to take place around April 1954 as best as we can tell from documented original guitars. That practice continued throughout the rest of the Fender Pre-CBS era of guitars. Pre-CBS refers to the era of Fender Musical Instruments before the company was purchased by CBS (Columbia Broadcasting System)  in January 1965.

Factory production of the Fender Stratocaster began officially in October of 1954. So, the March – September models of the 1954 Fender Stratocaster each have some minor differences from guitar to guitar as Fender was adjusting pieces of the guitar that would become the official release.

Serial number 0001 was stamped onto the metal neck plate of a blonde Stratocaster with a gold anodized pickguard. This guitar did belong David Gilmour of Pink Floyd for many years before he recently auctioned it off along with many other famous pieces. It, however, is not the first Stratocaster ever made. But, it is a very early example of an original 1954 Fender Stratocaster.

This guitar shows a neck date of TG 6-54 or June 1954 and shaped by famous neck shaper Tadeo Gomez who was an early Fender employee. His necks have become famous among collectors. The body has a handwritten signature “Mary 9.28.54” (this could very well be Mary Lemus, a Fender factory employee. Mary began work at Fender in 1954 as an assembler, eventually becoming a final assembly supervisor).

Fender Production numbers are unfortunately not available. Some research has shown that 268 – 1954 Fender Stratocaster were made during late 1954. However, there would have been more made during that period in 1954 since that number relates to “fall model” guitars or those made after the official release in October. Others have speculated that as many as 1300 of the 1954 Fender Stratocaster made but those numbers are unsubstantiated.

These are guesses likely made based on known serial numbers. The problem with that theory though is that Fender stamped serial numbers onto neck plates that were used across their entire line of guitars. (Basses, Stratocasters, Telecasters, etc.) There is truly no way to know how many were made at any point during those early years.

The ranges of the serial numbers for the 1954 Fender Stratocaster (beyond the prototypes with the serial numbers stamped on the tremolo cover) are as follows. May 1954 – September 1954 range from 0035-09xx. These are still considered pre-production and include the early short skirt  (mini-skirt) knobs made of bakelite as seen below. (photo courtesy of guitarhq.com)

You’ll notice that the skirt or the part the numbers are printed on are very short almost making the knob look like a top hat. Also, the switch tip came to be called a football tip. Since it looks like a football. The bakelite material they were made from wears very easily as you can see in the image above. The pickup cover is wearing through. That’s why these were later replaced with ABS plastic.

Some of the information was gathered from my own experience while other information gathered was from guitar hq.com, books by Richard Smith as well as other sources.